Music and Malört with Mikerphone Brewing 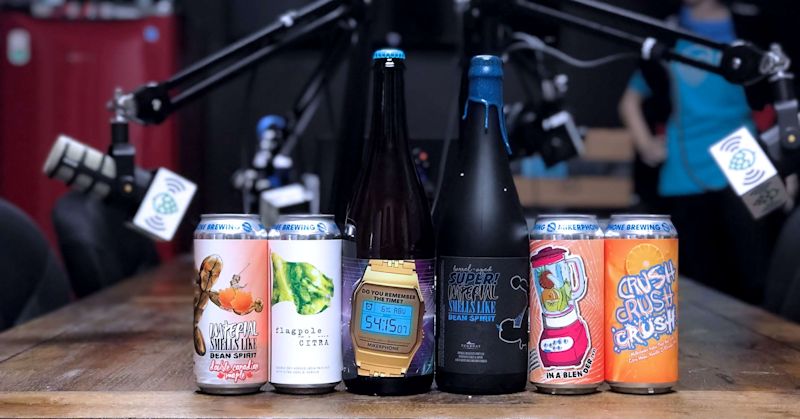 Mikerphone Brewing founder and owner Mike Pallen didn't set out to be a brewer.  Although his dad worked at Miller, he didn't want his son to follow in his footsteps and urged him to go to college.  So Pallen did just that.  After getting his degree he began a career in the music industry with the ultimate goal to work at Capitol Records in Los Angeles.  That didn't happen.  However, along the way he found his love for brewing and after working at a couple of Chicago breweries he decided to start his own.

Music was still very much in his blood and that inspires every beer made at Mikerphone.  Each beer is named after a song our group.  The artwork reflects the names with some familiar nods as well as some that take a bit of thought.  The artists portrayed on the beers have been mostly supportive.  When Pallen received an email from Eminem's management over his Slim Hazy beer he expected a request to cease and desist.  Instead, they loved the name and even met with Pallen in New York. 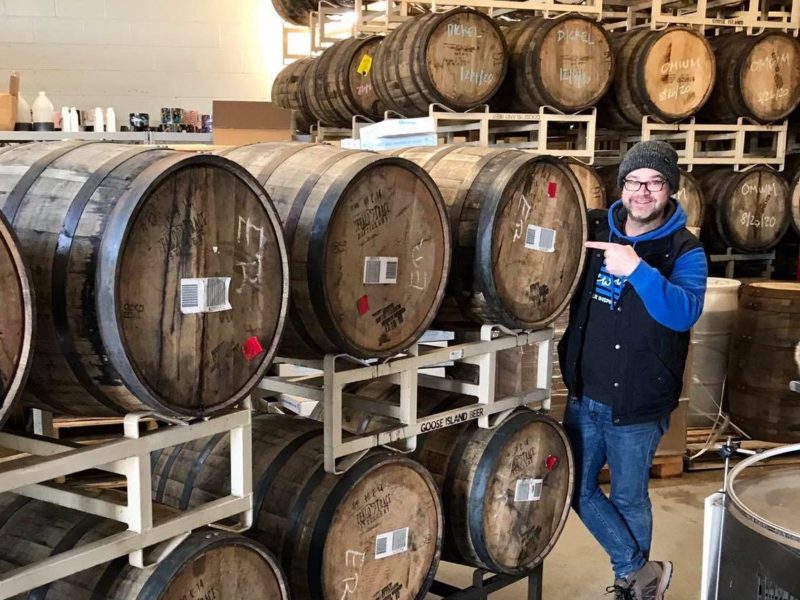 If you have limited knowledge of Mikerphone's beers you probably know of Smells Like Bean Spirit stout.  The label reflects Nirvana's Nevermind album, very accurately.  "Bean Spirit" has seen many variations with different coffees and adjuncts.  Pallen put a lot of work into the best method to use to get the coffee into Bean Spirit to get the best flavor and minimize the possibly of bringing the green pepper taste that can happen.  It worked.  We sampled the Barrel Aged Super Imperial Smells Like Bean Spirit as we talked.  It's thick and luscious and paints the inside of your glass while delivering huge dark chocolate, coffee, and maple.  Mikerphone has plenty more to come in this series. 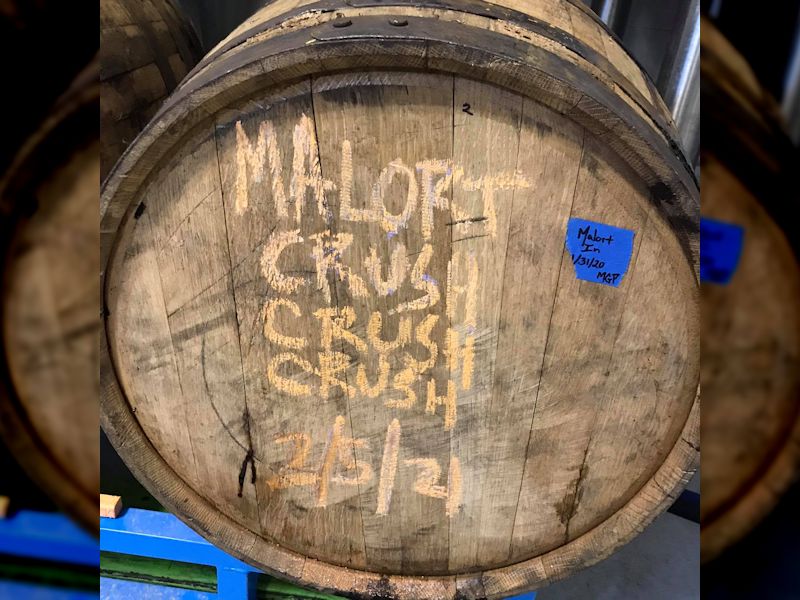 If you know Malört you'd think it would be the the last barrel a brewer would reach for to age their beer.  But when the distiller reached out to Pallen to see if he wanted first crack at some to age beer he didn't hesitant to jump at the opportunity.  The brewery received excellent feedback on the first beer they did in the barrels, a Pilsner.  Coming up are a milkshake IPA and solera saison, and Smells Like Bean Spirit will get the Malört treatment as well.  Pallen said he can't wait to showcase, and for others to see, what the barrels impart to their base beers.

The pandemic may prevent a huge party but Mikerphone is going to celebrate their 6th anniversary the best they can.  They're brewing up six beers for the occasion that will be available at the brewery.  Pallen is also starting to think of a second location for the brewery in Wisconsin and he reveals the name he has in mind as well as the awesome concept.