Around the world there are still plenty of people that see American beer as watery lagers with no real character.  We may have taken a while to catch up, but today American beer offers a huge variety of top notch styles in every state.  Jason Murphy, staff writer for PorchDrinking.com, wanted to explore the map of American beer so he set out on a mission to try a brew from all 50 states and write about his adventure.  It was a huge undertaking but he came out victorious.  You can read his full article right here - Craft Beer Across America | 50 Beers From 50 States.

Jason is local to the Atlanta area and we've chatted on Instagram about the beers and breweries we enjoy.  He's even suggested breweries for the show that he was impressed with, like South Dakota's Covert Artisan Ales who joined us on the show a few month's ago.  We thought what Jason was doing was pretty darn cool and we'd discussed getting together for a beer so we said, why not turn it into a show.  So, here we are.

In the lead up to this episode I gave the heads up to some of our friends and radio affiliates that we'd be featuring breweries in their states and which ones we we talk about.  When I reached out I may have said these were smaller, lesser known breweries.  People took offense to that.  My bad.  What I should have said is that these are some breweries that may not get as much hype or press as some others, but they are still stellar breweries that people need to know about.  That's what I should have said.  It's likely you'll recognize a lot of these names, but you're sure to find a few new ones as well. 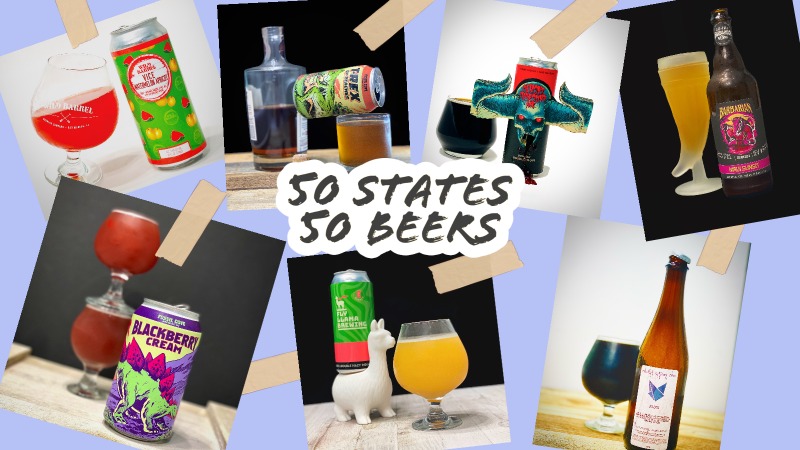 We sampled a few of the beers on his list as we talked about how this came to be and what trends he saw as he gathered his breweries.  We didn't have time to mention all 50 breweries, but definitely hit the link up there to see the full list.  Jason tells us some of the stand outs for him and we grieve on Untappd a bit.

Give this episode a listen, read Jason's article, and go out and find a new favorite brewery.